After the MP3 module "DFPlayer Mini" worked without problems with an Arduino Nano (clone), the next step was to control the MP3 module with the Palm m100.

The first action is to make a suitable adapter for the connector. After the tenth attempt with a 3D printer an adapter was created, which is not perfect but it works.

These were some failed attempts. Basically, it was always about creating a base over which two copper wires (diameter: 1mm) are then positioned, which are held in place by a clamp: 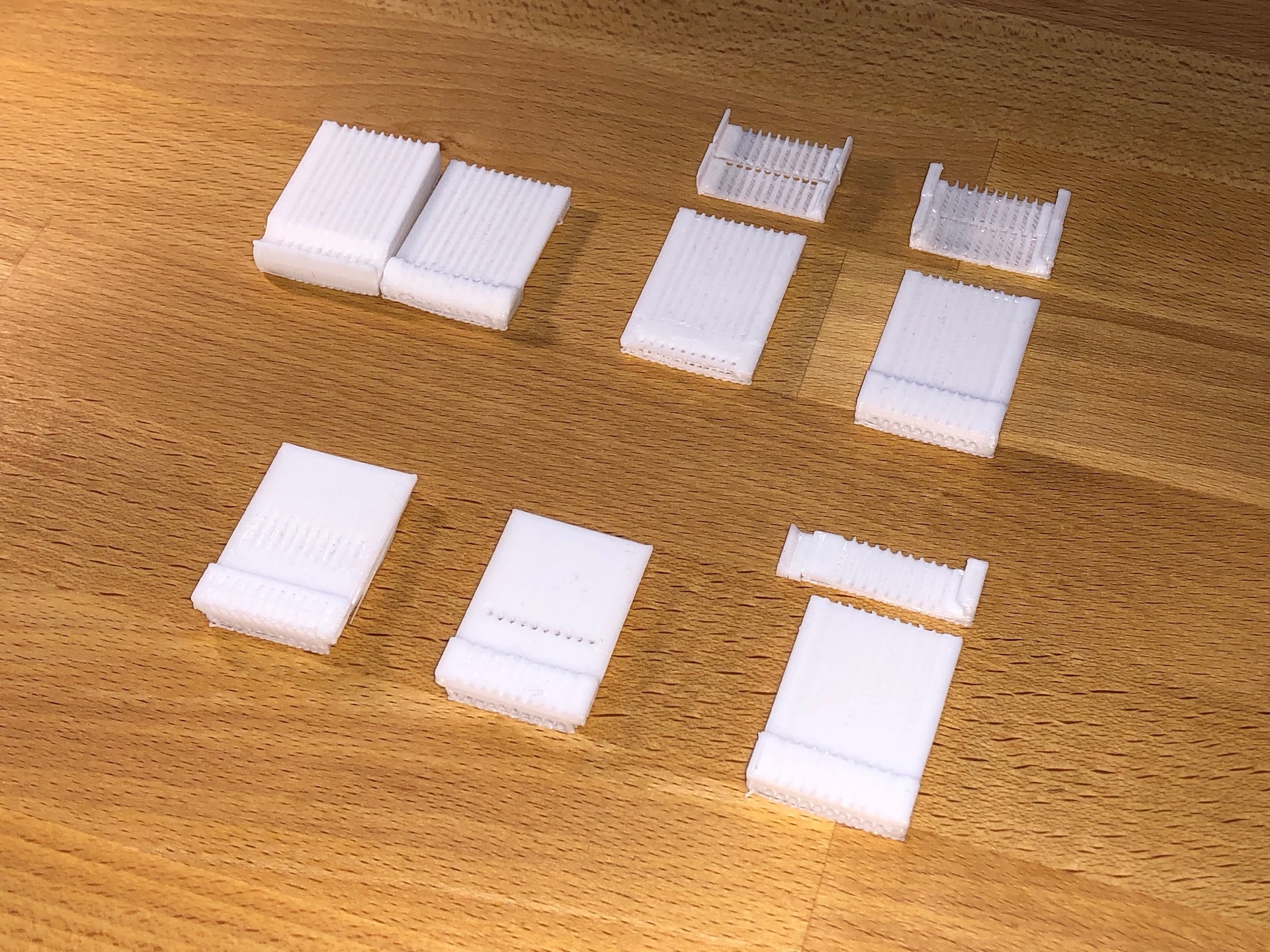 The working adapter is constructed according to the same principle, except that two screws hold the clamp to the base: 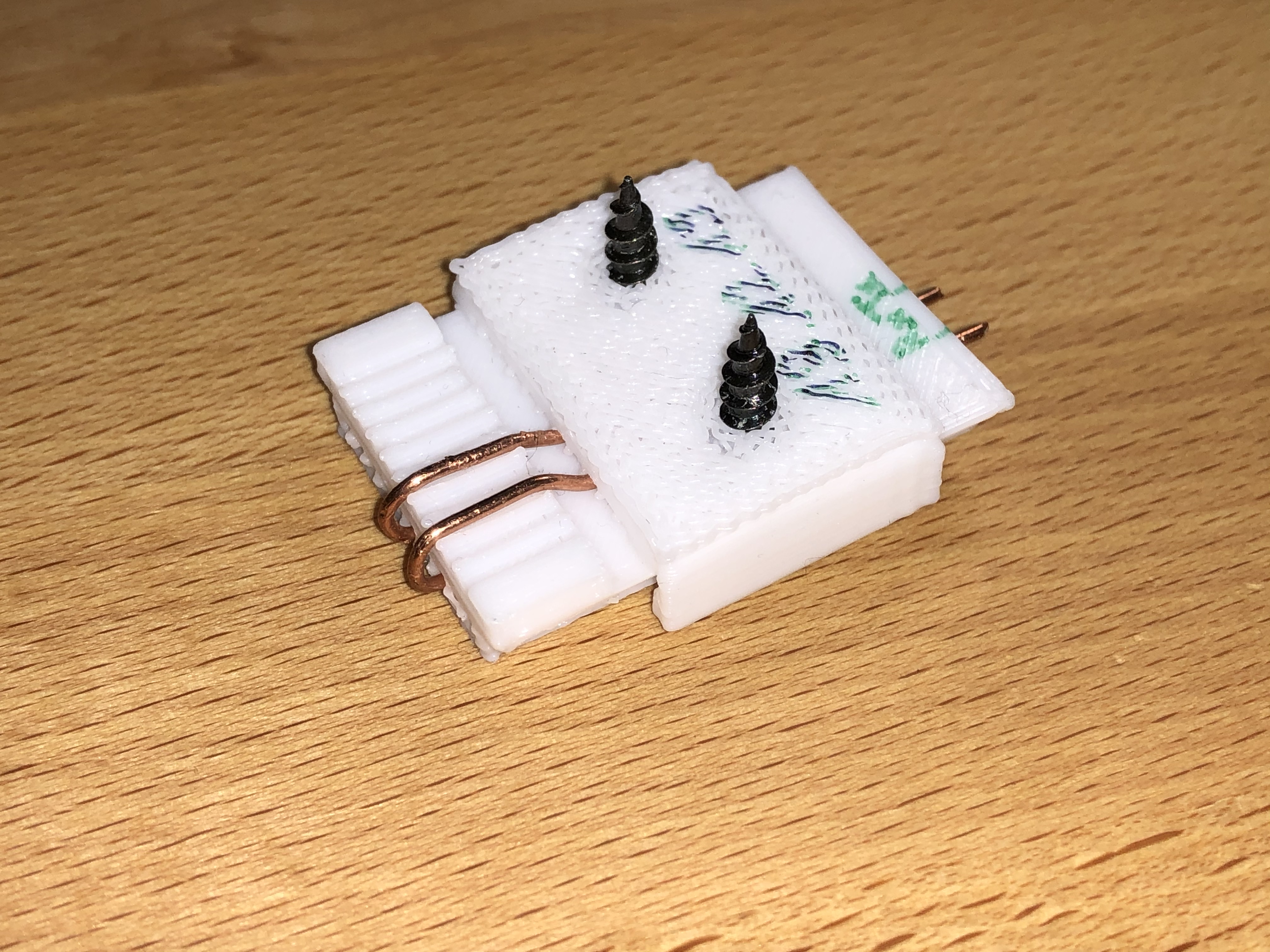 The stl-file can be downloaded here.

The two wires then connect to the transmit (TxD) and receive (RxD) pins of the m100.

When having the Hotsync cable in front of you, the required pins have the numbers 3 and 5 (seen from left to right, starting at 1). The complete pinout is available here.

The next step is to replace the formerly used Arduino with the Palm. For this purpose the Tx and Rx lines were simply reconnected. Since the DFPlayer Mini still needs power, the Arduino was used for testing. However, it has no other function except to supply the appropriate voltage. The MP3 module runs with 3.2 to 5V, the Arduino delivers 3.3V, the Palm could deliver a maximum of 3V, but usually less. A step-up converter to 5V can help here. 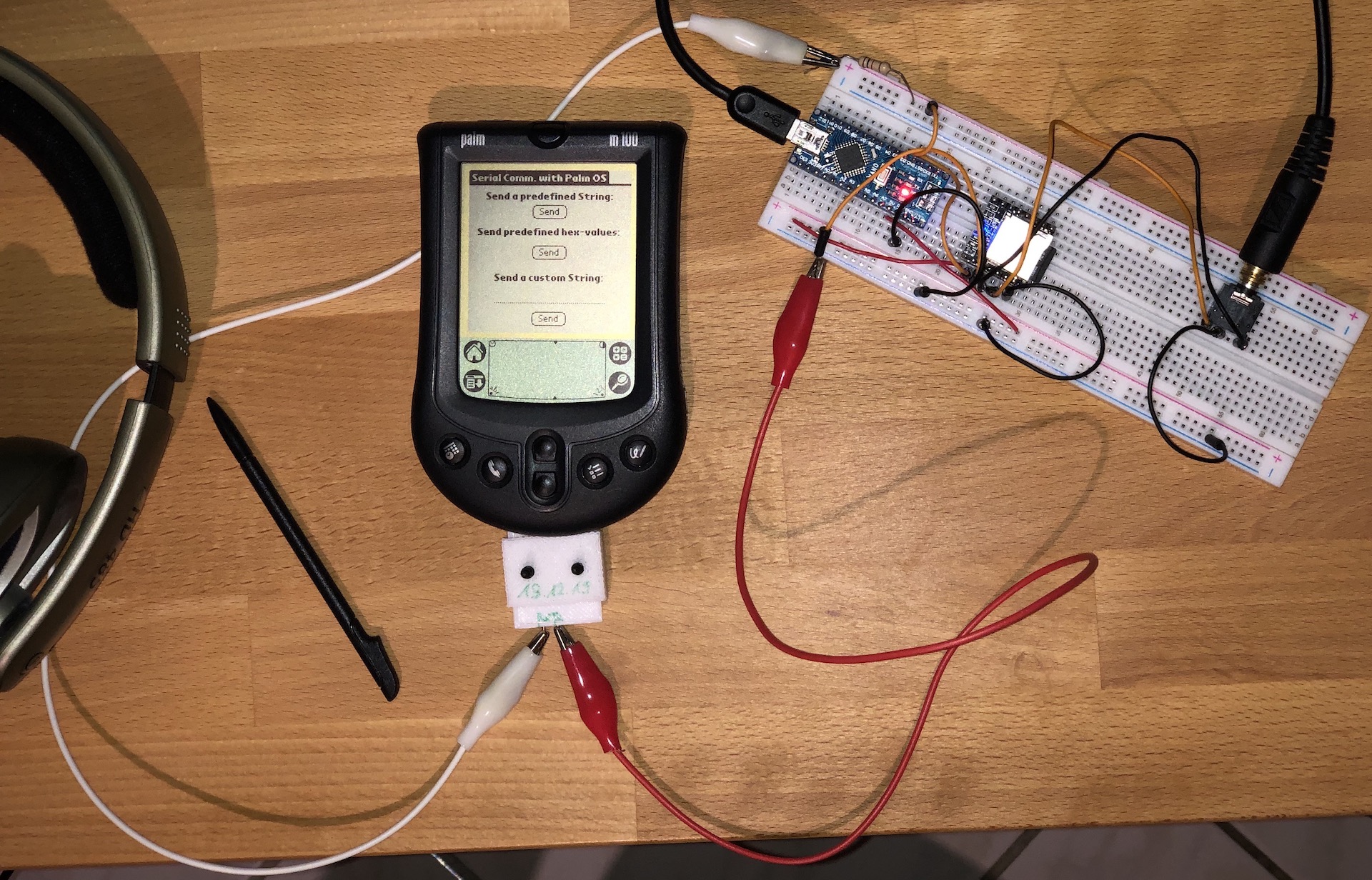 Finally, only the application from the article Serial Communication with Palm OS - Part 1/4 has to be fitted in a little. Simply replace the existing value in the "c-File" in line 40 with:

These are the corresponding hex values that let the mp3 module play the first song on the SD card. A fully compiled version with the fitting hex values can be downloaded here.

Video of the Palm m100 triggering the Mp3-Module - sound is a bit too quite:

Song in the Video: Siesta by Jahzzar