Since POSE is a very old 32-Bit application, which runs perfectly fine on Linux and Windows - even on current versions of these operating systems - it does not run on Mac OS X without heavy changes on the source code to make it 64-bit ready.

A reader of this website, Haemish Graham, tackled this problem and found a way to run POSE in a Docker container on Mac OS X. This was successfully tested on a new M1 (Apple Silicon). But of course it should also run on Intel Macs. Haemish used the following articles as a basis for this tutorial:

The current version of his projects has some nice features:

Haemish did build an image with docs, roms, apps, and sdks so that it was a self-contained project, but those choices are personal and can be individually customized:
palmos-docker.tar.gz

Of course, besides the tarball, also a Docker-Envoirement is requried.

The next steps also included in the readme.md of the tarball:

The container and xquarts can be started with these commands:

Now everything is ready for the connection:

At this point, POSE should have started and you should be able to select a ROM-file, which was placed in the "palmos-docker"-folder on your Mac (the extracted tarball) and which is available in "/palmos" in the Container. It is also possible to add applications in this folder, which can then be installed in POSE.

So big thanks to Haemish Graham for letting me publish this work on this page! 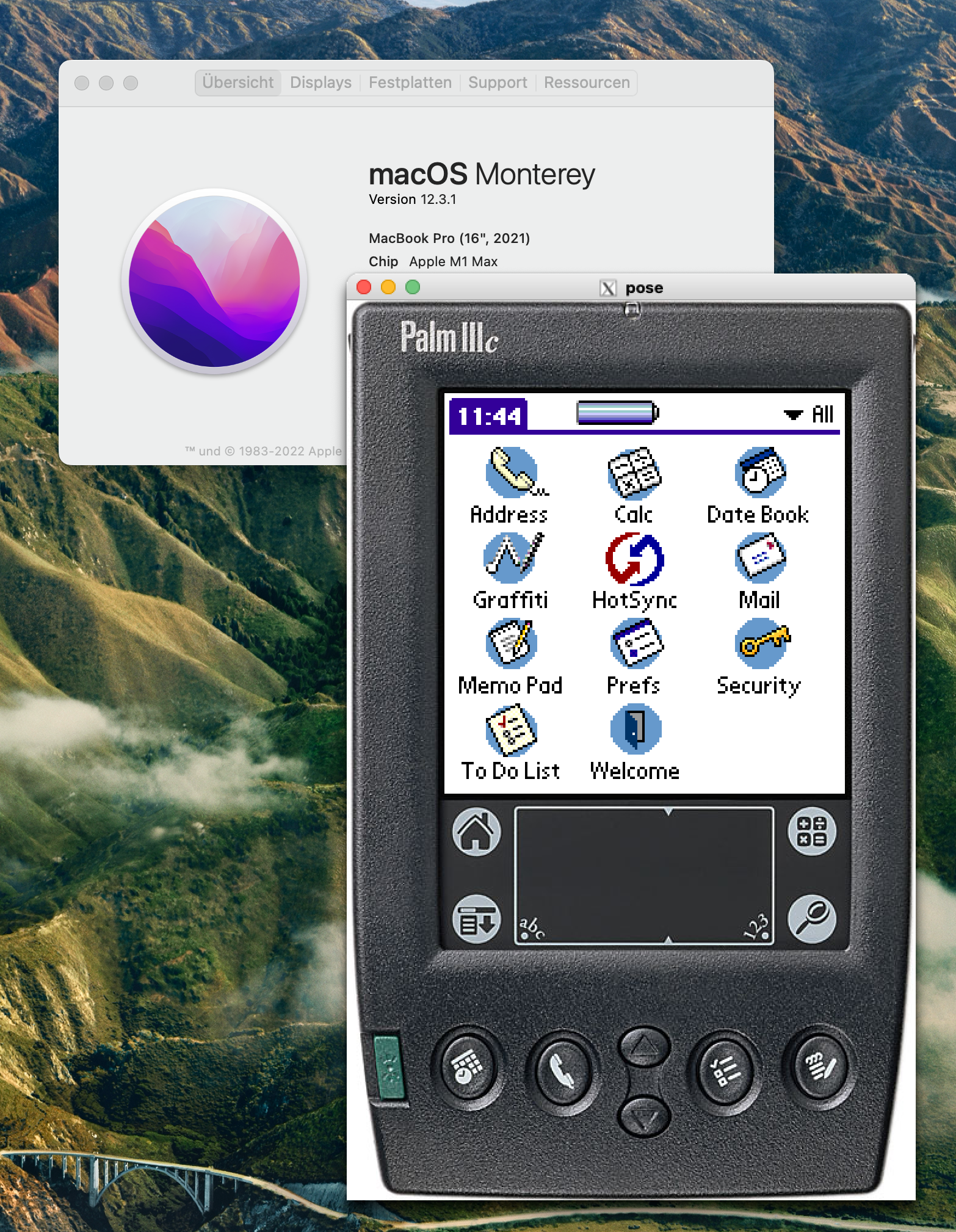