Some laptops, like the Lenovo T440p has no PCI-Nvme SSD, but it has more than one SATA interface. To be specific: It has one regular 2.5" SATA bay, one via a HDD-Caddy-Adapter and a third one via a 42 mm M.2 SATA interface, if no GSM/LTE-Modem is installed.

These are the needed tools:

The first steps of the installation do not require special attention. It is only necessary to mention, that the installer has been updated. When the "guided storage configuration" shows up, "custom storage layout" needs to be selected:

If there are still existing partitions, they must be deleted, os it looks something like this: 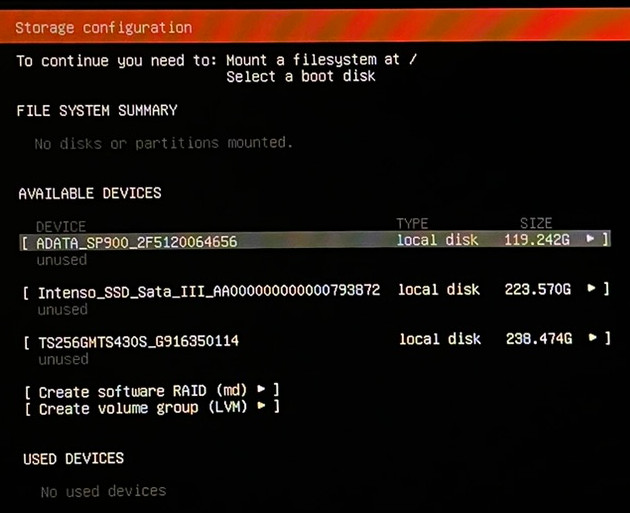 Since mdadm, the raid software, isn't available during boot, one 1GB (or more) partition is need on one drive for the boot process.

The biggest drive gets cut off by around 15GB for the boot partition, which is just a ext4-partition with the mount point on

The other partitions are ~128GB, and 2x ~250GB. It is important, that each partition remains "unformatted":

At the end, the layout should look like this: 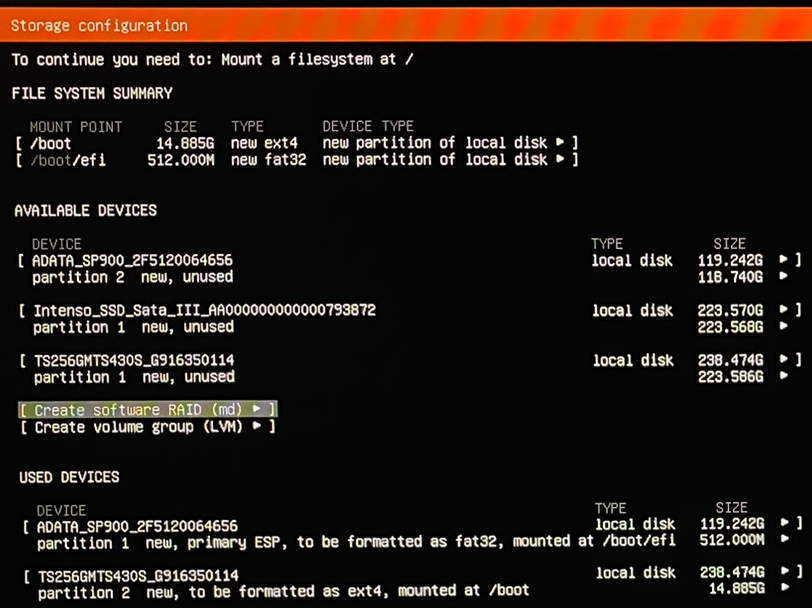 Now, the raid-configration via "Create software RAID (md)" is needed. Here, just the Raid level (0 striped) is needed and the empty partitions: 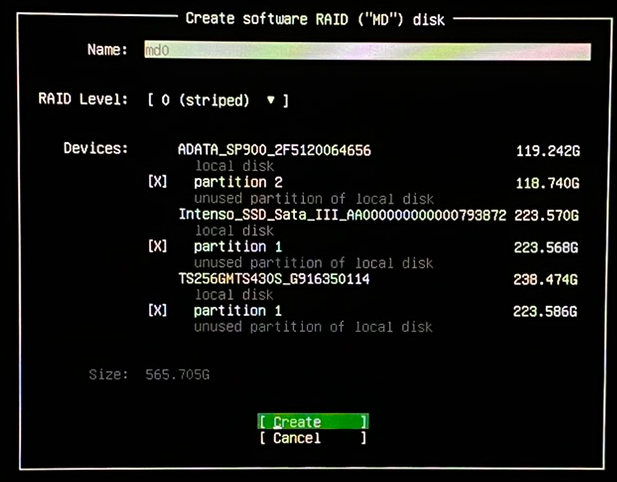 After the Raid was created, just a root partition and a SWAP partition with the sice of the installed memory is needed, so it looks like this: 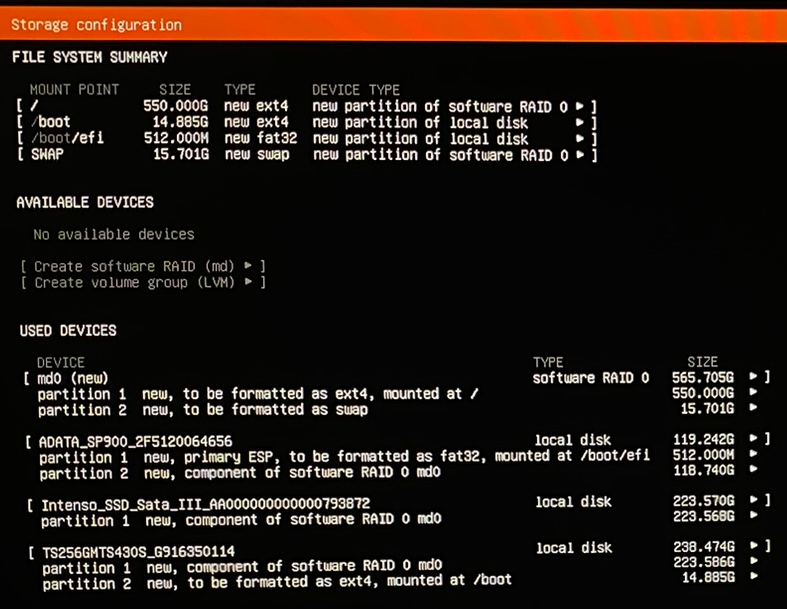 From this point, the installtion is straight forward:

I didn't install any software, since (or at least) the openssh server got automatically uninstalled during the next steps. It can later be reinstalled with:

After the installation was complete and the machine as been rebooted, it needs to be updated and upgraded:

Now, "tasksel" gets installed in order to remove the server componets and adding the Desktop GUI:

"tasksel" can be executed by simply running

On the next screen

got selected (nay other availabe desktop is possible, too) and all other points got unselected e.g.

It is important not to perform a reboot after "taskel" has finished. With the uninstallation of the server componets, also "mdadm", got removed, which provids the software raid. Without this package, Ubuntu cannot boot. So it is important to reinstall it:

After mdadm is available again, a short scan is needed: 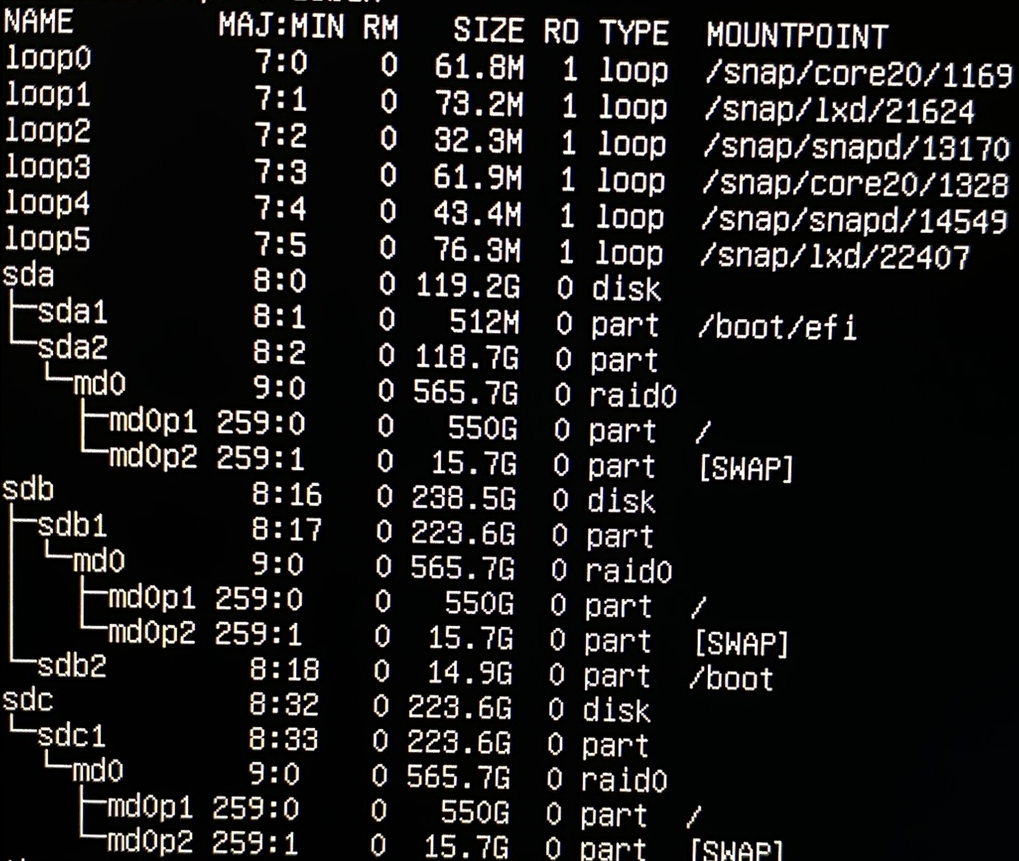 and it is now safe to perfom a reboot.

After a login, it may happen, that no ssids in the WI-FI window are available: 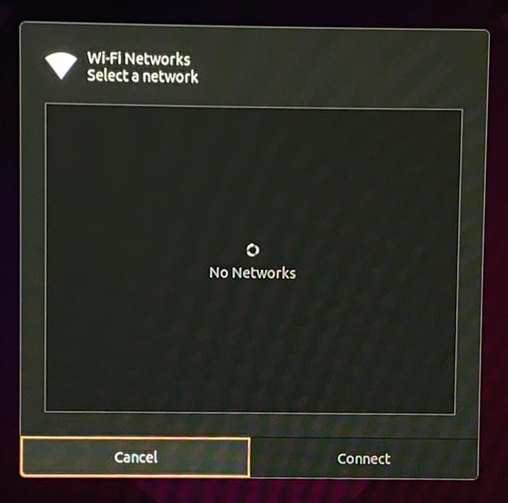 This can be fixed by editing the .yaml files in

After adding this line to the .yaml-files, the configuration needs to be applied with:

If the ssids are still not shown, a reboot is needed.

So you get a relatively clean Ubuntu installation on a software raid. Of course, the performance is not as great as with a PCI-Nvme-SSD, but it is also better than with a single SATA-SDD.

The raid performance can be tested with the following command:

This is the result of the individual SSDs in the system: